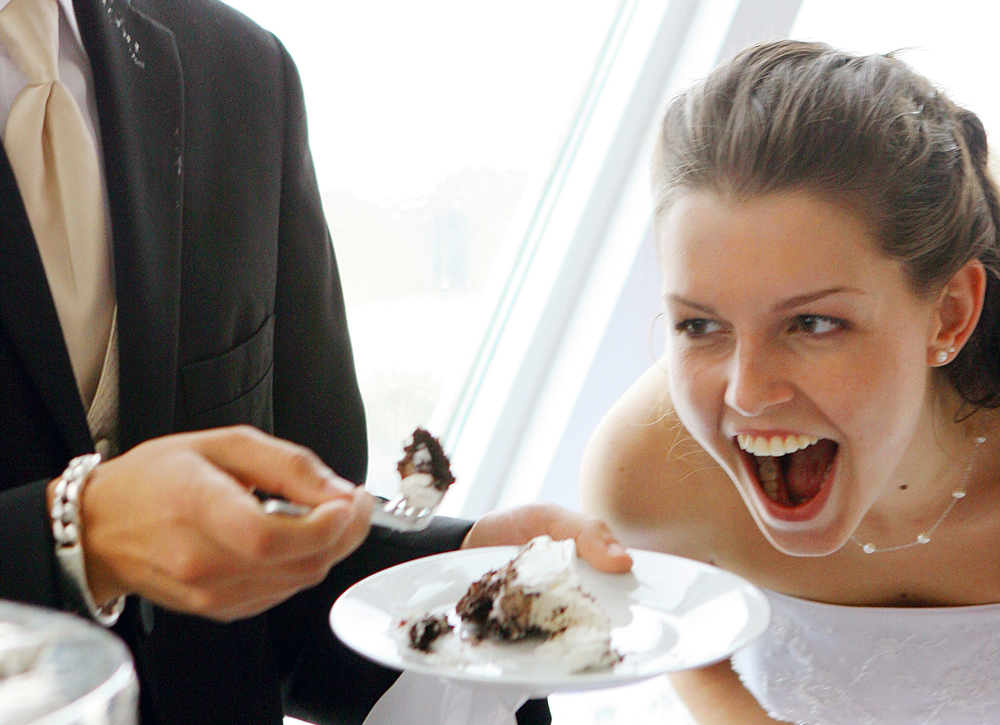 Some years ago, to be exact in 2006, I photographed a wedding on a weekend in which the entire east coast was experiencing the remnants of Hurricane Ernesto. Ernesto was a category 1 hurricane that by the time it made it’s way to New Jersey it was already a Tropical storm. But don’t let that fool you, a tropical storm is no joke, especially when the wedding reception is taking place ON THE BEACH! (story continued below) 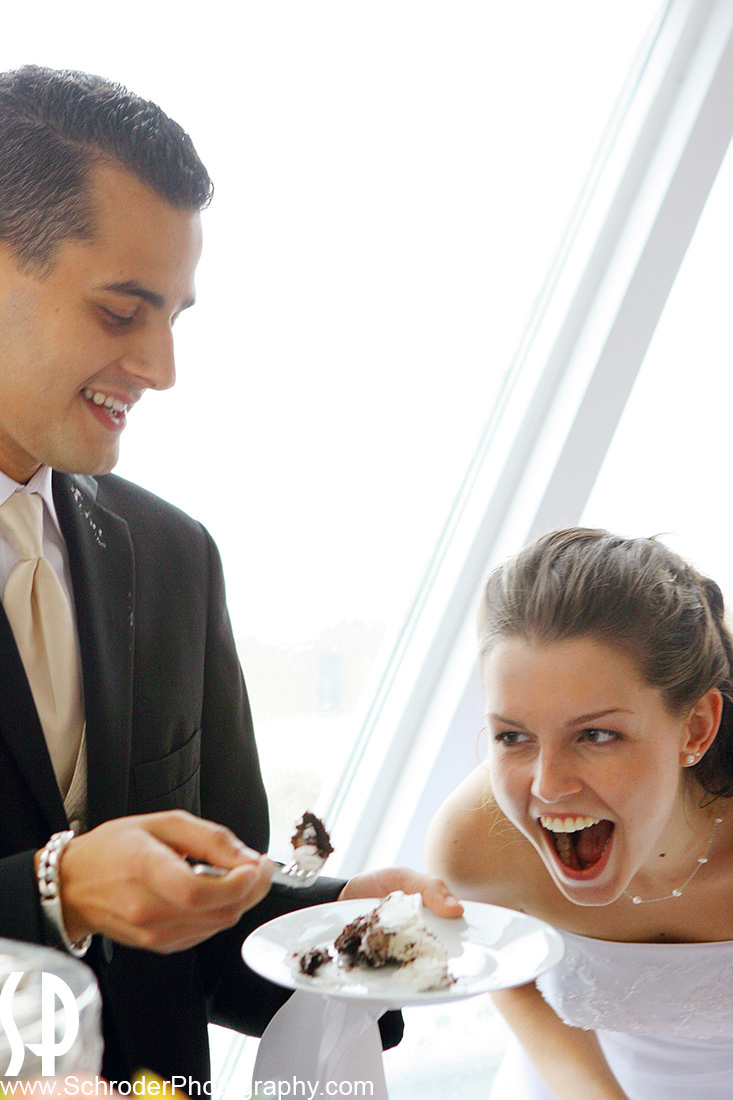 Cake Cutting at Windows on the Water in Sea Bright

Winds were gusting up to 60 MPH and enormous waves were crashing on the beach. The
ceremony was held inland at a church and from there we made the journey to Windows on the Water in Sea Bright where the reception was going to take place. Obviously being that the wedding reception was at the beach the original idea was to take some photos on the sand at some point and even with the storm the couple and I kept an open mind about it. We would play it by ear and make a call when the time came.

After arriving at the venue we went upstairs to where the party was and as guests admired the view of crashing waves the reception got underway. Later on, the three of us ventured downstairs to where the door leading directly to the beach was. I can’t remember exactly, but I recall that the wind was so strong that I had either a hard time opening or closing the door, maybe both! With sand, wind and rain blowing everywhere I looked at the couple and said “It’s up to you guys? I’ll do whatever you want”. They looked at each other and said “Yea we better not!”.  Instead we headed back upstairs for the cake cutting. That’s when I took the above photo of a newlywed couple having a great time despite a hurricane happening right behind them.

Oh….and did I mention, the Groom’s dads name … Ernesto. Which was also the name of the Hurricane! True story! 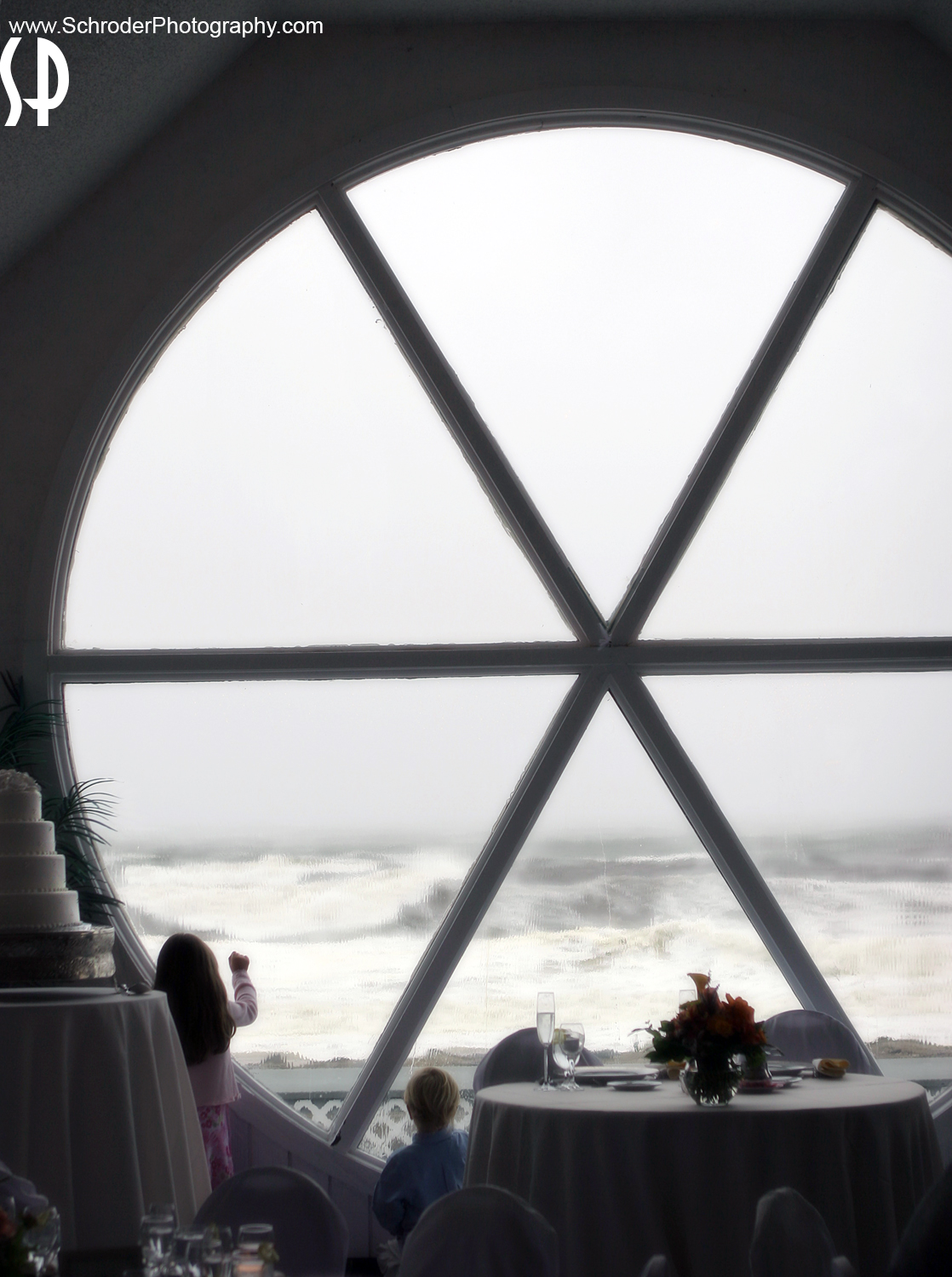 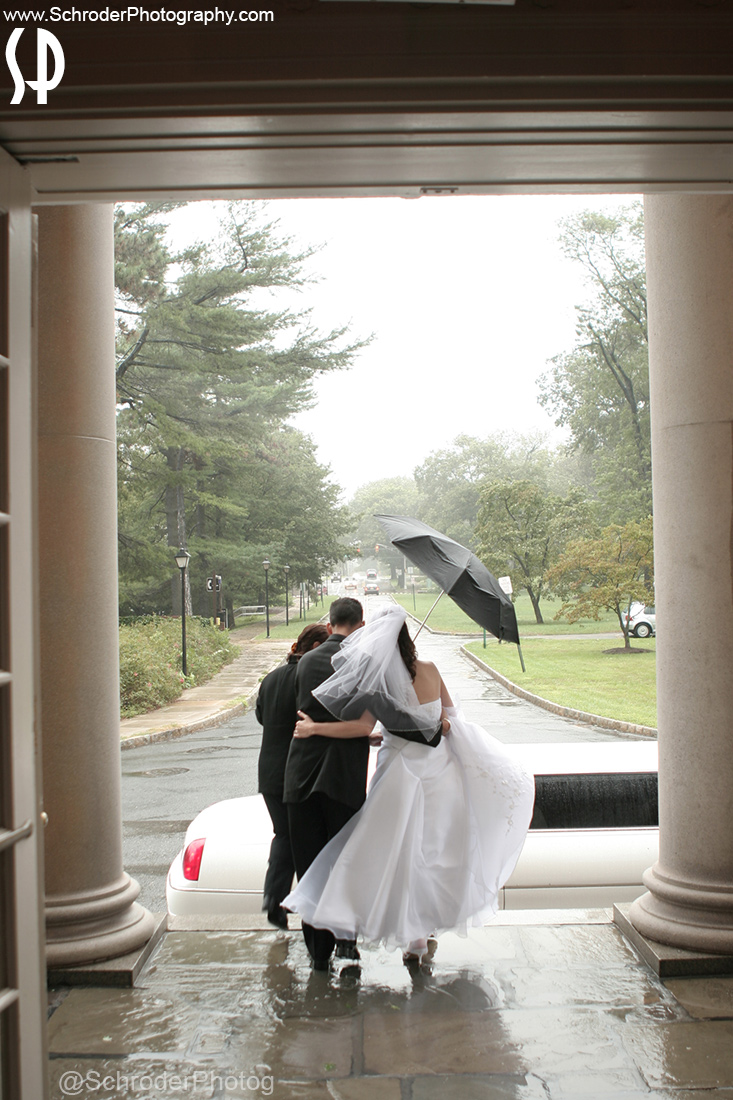 Earlier in the day leaving the church during the storm

About the Photographer: Louis Schroder has photographed over 500 weddings in the New Jersey New York area and is also available for family portraits, events and other photographic projects. Please email or call me for inquiries. Follow me on Instagram for my photographs on a variety of subject matter. https://www.instagram.com/schroderphotog/