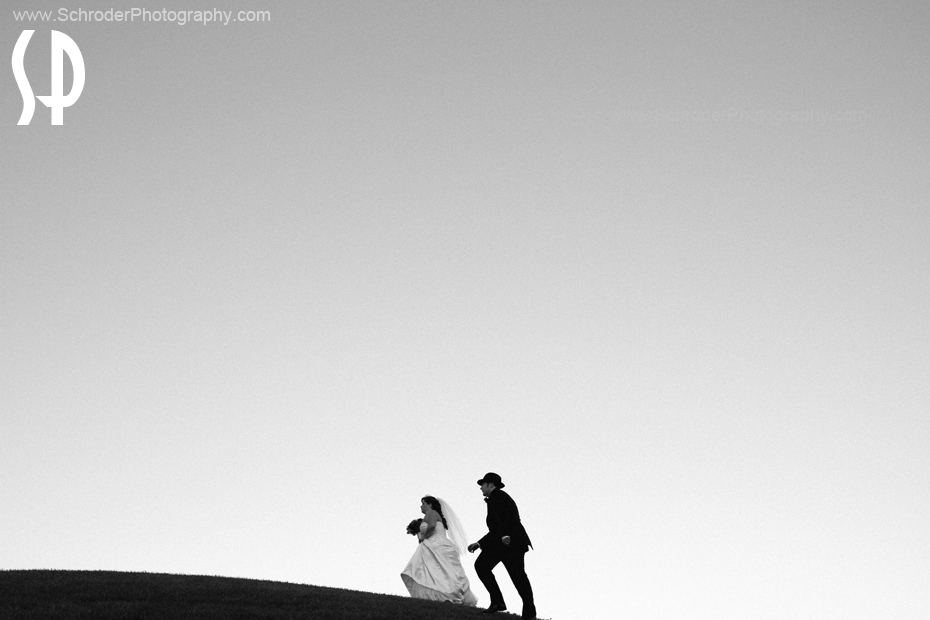 This is a photo I really like that I took yesterday at Chrissy and Justin’s wedding at Stanton Ridge Golf and Country Club in Whitehouse Station, NJ. It was a small adventure getting to moment that this photo was taken.

We had arrived at the Country Club late in the afternoon and the Sun was quickly dissapearing on the horizon. I wanted to make sure we got some nice shots in daylight, so soon after arriving (and the wedding party taking a small break) we headed to the Golf carts to take a ride to a few of the clubs scenic spots. At this wedding there was also a videographer and as the wedding party gathered at the carts I jokingly told him “You’re driving! I never drove one of these!”. But he said “Hey I got the glidecam so I can’t drive”. So I agreed and now it was time to start the cart.

As I saw the wedding party ride away I was still trying to figure the cart out. Once I got a handle of the thing I looked around and the entire wedding party and carts had dissapeared! So off we went until we hit a fork on the golf course road…did they go right or left? Hmmm… So I went left. A few minutes later as the sun quickly started reaching the horizon the wedding party was still nowhere in site. Meanwhile the video guy (Rob) was filming our little adventure as I tried to locate the wedding party. Finally I spotted them by a little wooden bridge, but it was on the other road…the right side of that fork….luckily as I started back tracking Craig one of the Golf Course managers had come looking for us and guided us through a short cut to the bridge.

As I arrived at the bridge I had to move fast. I had maybe 5 minutes left of Sun and the bridge was in a shady area. I suggested we take a few shots there and then everyone get back in the cart and ride towards the Sun. So we got the shot below on the bridge and took off in a beeline to the Sun. Now we were leading the pack with Rob filming the Bride and groom tracking us like in a race right behind us and several carts right behind them.

We stopped in a Sunny spot but couldn’t take any shots because a club member was about to take a swing. So we had to move on. Our last chance was to head West and up hill in the direction of the Sun. We maybe had 2 minutes left. Craig led the way and after a 3 minute ride we hadn’t found a good spot. But I remembered that I had seen an interesting hill not too far away. So Craig said “lead the way” and there we all went towards this last chance hill. Once we got there I told Chrissy and Justin to climb the hill and they did….and thats when I took the shot below. As soon as I took it I knew I loved it! The 2nd photo of the guys was also taken on the same hill. The whole effort worked out in the end!

Moral of the story, nothing happens by accident! As a wedding photographer you have to be on your toes at all times and always looking for “that” shot. You can’t give up, because something better can be just above the horizon.

Justin and his best men

Family members during the ceremony