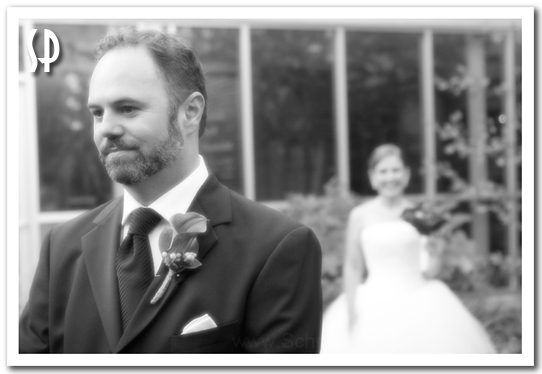 For many couples getting married and in the process of planning their wedding, the question of when to take their family and wedding party photos is sometimes a tricky one.

Many couples have their ceremony and reception in the same location with the cocktail hour immediately following. With this, the couple must decide if they want to do the group photos before or after the ceremony.

This topic comes up frequently in my meetings with couples and is independent of the style of the photographer. The photographer can have a photojournalistic style (like me) or a traditional style and either way there will have to be some time put aside to do the family and wedding party photos.

The question revolves around the fact that the cocktail hour will almost certainly be immediately after the ceremony in weddings that have all the events in one place, leaving no time for photos without missing part or all of the cocktail hour.  For the most part couples that are getting married in one location and have the reception in another don’t usually have this issue, as they normally have an hour or two between ceremony and cocktail hour. That permits the photographer to take those group shots within that time frame and not overlapping with the cocktail hour.

Most couples will weigh the pro’s and con’s of each alternative. The biggest benefit of doing the group shots before the ceremony is that it allows the bride and groom to later enjoy the cocktail hour fully by hanging out with family and friends while enjoying the food, music and drinks. This would also free up the photographer and allow him to photograph the cocktail hour as opposed to missing it because he is doing group shots.

The biggest issue couples have with doing the photos before the ceremony is that the groom will see the bride and that is considered breaking a long standing wedding tradition. One “work around” for that is to do a “first look” moment in which just before the planned group shots are started the groom waits for the bride at a designated location and the photographer captures that moment in which he sees her for the very first time in her wedding dress.

On some occasions this very issue can come about not because of the location of the events but because of the time of the event. In a late fall or winter wedding for example it may get dark out fairly early and if the ceremony is late in the day, that means no natural light for the group photos afterwords. So couples that would like to have their photographs done with natural light usually have to make the same decision. Before or After?

From a photographers standpoint, I’m happy to go about it either way as long as the bride & groom are happy. From a technical aspect though if the choice needs to be made because of the darkness/light issue, group photos are always best to be taken outdoors in natural light. So in those cases taking them before the ceremony is probably the best choice.

In the end in comes down to how important the cocktail hour is for the couple. Some couples can’t imagine not being there while others don’t see the cocktail hour as something so vital that they can’t miss. Going from memory I would say the final choice is somewhere around 50-50, with half deciding to take the photos before the ceremony and half deciding to take them after. Either way everything always seems to work out perfectly regardless of the choice that was made.